Organized and supported by the "Self-help Promotion Program" and the "Vardaris Neighborhood Team", art direction by UrbanAct and painted by street artist Same84.

The mural was painted on a wall with the permission of OSE on Michael Kalou Street on a wall of the eastern fence of the New Railway Station - a place where the Rezi Vardar neighborhood was located. Through this action, the group seeks to pay tribute to one of the most important and once numerous communities of Thessaloniki, the Jewish community, for the tragic consequences suffered by its population during World War II. The mural is a symbolic composition of places, people and events, inspired by photographic material of that period and includes seven consecutive images.

The story begins with Baron Hirs Settlement during World War II. Then follows a image that refers to the dramatic events of "Black Saturday". The third and fourth performances reflect the application of the Nuremberg Laws with the visualization of three children with the characteristic star on the lapel and the entrance from the Ghetto Hirs. The last images refer to the departure of the "death trains" from the Old Railway Station to the concentration camps. Wanting to emphasize the innocence of the victims, the leaders of the storytelling are children. 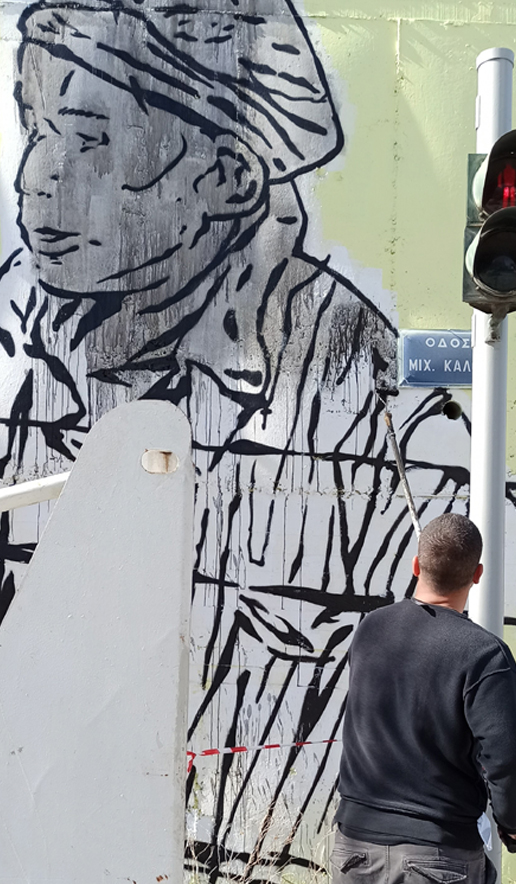