Onassis Stegi presents “The Wave” mural by Sofia Stevi at Mavili Square. A piece about Athens, a city full of feelings and emotions.
A nude snake-headed Venus, under a black mass resembling an ominous cloud or a wild wave, in a 13-meter high dreamy composition of wavy forms.
Stevi’s “Wave” could refer to the pandemic waves, to an uncertain future. Yet at the same time it waves to wonder, to change, to a brave new world.
A mural about a fluid, uncertain, volatile world awaits our gaze on the upper part of an oblong, dirty wall on Dorileou street. Once again, culture gets out

of Stegi and travels through the city, goes down to the center of Athens, adds color to its walls, and advocates for the intertemporality of the urban landscape.

“The artwork ‘The Wave’ is a wordplay based on the several meanings of the word ‘wave.’ A female figure waves at someone or something, while there is a

black cloud close to her which is about to swallow her, like a wave. This cloud might represent the future. The recent years have been quite harsh for humanity—the pandemic

and climate change have made life difficult for many people, unbearable for even more. We all have to make important decisions for the future our beautiful planet,

and also for ourselves. This work has to do with the uneasiness and uncertainty caused by living under such conditions, when bad news is a daily constant. Yet it also has to

do with the optimism of change and hope, which I believe is part of human nature.” 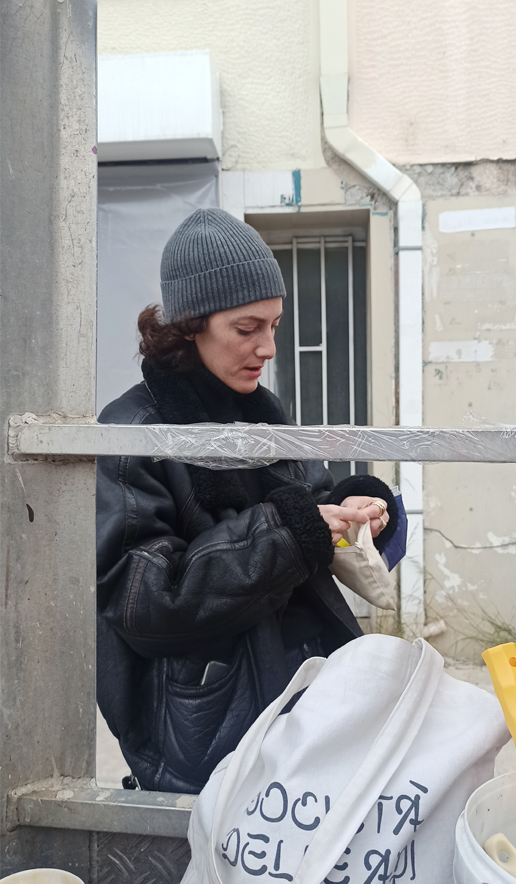